“The Beast from the East”

For once a topical post from me! I hail from the south-western part of the UK and as such we don’t get much snow. As expected, the northern parts of England and beyond get a fair amount of snow. When the southern part gets hit it’s mainly on the moors. On the rare occurrence that we do get it here all, it seems to amount to is just a light flurry. On the other hand, we get blessed with ice much more regularly, much to my ‘delight’. With my home city being hit with heavy snow as a result of the ‘Beast from the East’ it is a prime opportunity to blog about my passion (and seething hatred) towards the cold stuff.

On a side note, the fact that the Beast from the East isn’t a flying dragon spreading winter chills is a little disheartening. Still, we’ve got proper snow for the first time in years – which always divides the nation.

Me, My Dyspraxia, and The Cold

Overall, I am a fan of winter, with the fresh, crisp air that it brings and the lovely colours of the sky. Also, I am one for not feeling the cold as much as the average person, so I have a certain fondness for the colder months. Having said that, one aspect of winter that I hate is the icy streets.

The clumsy nature of my Dyspraxia makes it far too easy to fall and slip over, mixed with the numbing feeling of the cold and hard ground all adds up to a rather painful experience. Snow is awesome though! With the extra grip I tend not to fall over as much and if I do it’s a nice soft landing. The only problem is when the snow covers the ice up it makes walking exciting for all the wrong reasons. Probably should invest in snowshoes or a suit of armour.

Heavier snow is on its way and with a work day ahead tomorrow, it’s going to be an interesting day. A sledge maybe in order for the rest of this week!

Whatever your plans are over the next few days I wish you all the best, and to stay safe! 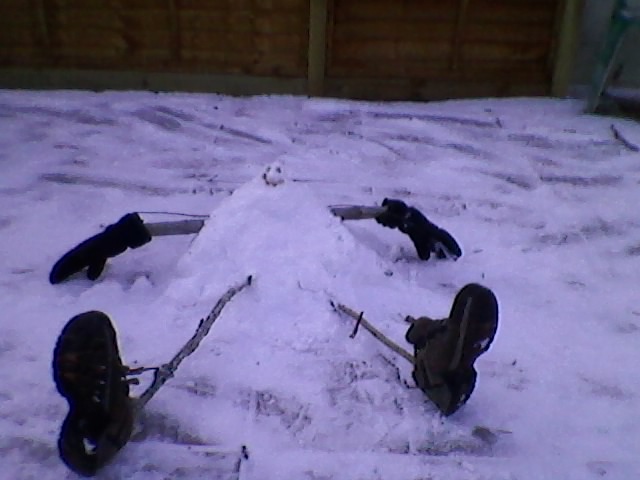